We all have a natural affinity to the times and influences we experienced growing up.  Music, fashion, TV shows and also video games.  I’m of an age that I remember life before video games.  I recall seeing the original pong video game on an arcade machine in a cafe, when I was a kid in the late 70’s.  I tried it out and was immediately hooked.  Although, it was just two moving straight lines and a square ball.  It blew my mind! 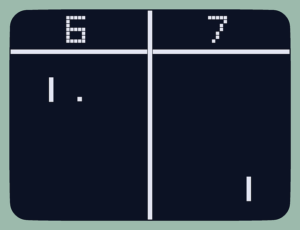 Things moved on and along came Space Invaders, Pac-man, Asteroids etc.  After college, I would regularly meet up with friends at an amusement arcade, where we would challenge each others ‘high score’.  We were very competitive!

The next step was being able to play video games at home, rather than spending all your money at the arcade.  Home computers arrived in the early 80’s… the ZX Spectrum, VIC 20, C64 etc.  Looking back, these computers were quite basic and unreliable.  Though at the time, they were groundbreaking.  Games were originally only available on cassette.  You could wait 10 minutes for the game to load, via a cassette machine, only for it to fail, just leaving a blank screen for you to sadly stare at.  It was very frustrating, but somehow that added to the joy when it did successfully load and the fun could begin.  Games on a floppy disk became the next innovation, which eradicated most of the loading issues.

Of course things have come a long way since those early days.  We now have the internet and the majority of games are played online.  My daughter is an online gamer and thinks not having a broadband speed above 80mbps makes us gaming outcasts.  I’m not sure how she would have coped loading a cassette!

I’m happy to stick with the nostalgic retro games, I know and love.  Going back to the Pong game, I still love playing a modern version inspired by the original, namely, Space Hockey from Wii Play.  It’s one of the few games I can still beat my daughter at.  She hates it!

I’ve recently discovered more retro games, online.  Before video games, I played pinball and playing card games and then later played the video game versions, so it was great to rediscover Solitaire and pinball, amongst others in my search.

Classic Solitaire is the perfect game to play and relax on your own.   It doesn’t require you to have lightning reflexes.  It doesn’t require you to exert too much brain power.  Well so I thought, but surprisingly, it was more challenging than I remembered, but in a good way.  I expected to be successful every time, but this was not the case here.  In fact, I was pretty bad to begin with until I got into the swing of it again.  Of course I hadn’t bothered to read the rules.  On reflection, in the past I suspect I hadn’t played it properly or had just cheated!

Now Classic Solitaire had stirred my competitive edge, I moved on to Space Adventure Pinball.  I may not be the Pinball Wizard but this is my kind of game.  I loved the look and sound of it.  The ball moves very smoothly and the flippers are responsive.  One aspect of arcade pinball machines that used to drive me mad, is when the ball would escape down the side.  I used to feel cheated!  This never happened while I played it on here.  The ball gets caught in a hole, not allowing it to disappear down the side and then is propelled back. 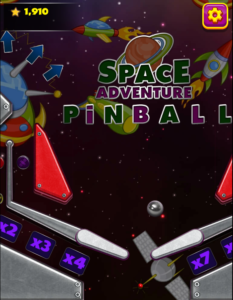 There’s loads of other games available, with a retro feel, worth trying out.

You know where you are with retro games.  I just want to be able to dip in and out when I have a bit of spare time.  I recall playing Luigi, to my daughter’s Mario, in Super Mario Brothers, a few years back.  It seemed endless, hour after hour of trying and failing.  I don’t think we ever completed it.  No, I’ve had enough of all that.

It makes me smile to know that the biggest selling video game, is one that looks like it could have been programmed on the C64, in my garage.  It’s as though we’ve come full circle.  I’m certainly happy to stay retro! 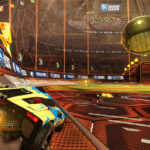 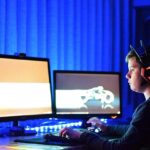 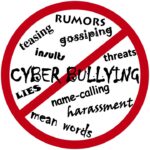